The first of a column that shares upcoming television seasons either created or directed by the auteurs of cinema. 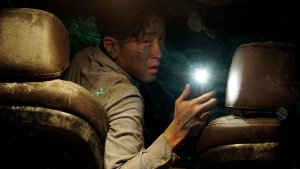 One of the first South Korean original series to be distributed by Netflix, Kingdom stars Ju Ji-hoon as a crown prince of the medieval Joseon period who is to explore the origin of a mysterious plague that brings the dead back to life. Originally intended as an eight episode series, Kingdom received an order for a second season after production extended past the deadline and was over-budget (estimated at over $1.78 million per episode to produce). Audiences should have confidence in the series given the talent at directing, Kim Seong-hun (A Hard Day, The Tunnel), and in writing, Kim Eun-hee (writer of the immensely successful Korean drama Signal). Kingdom is Kim Seong-hun’s first television series and its first season will consist of six fifty-minute episodes.

While Now Apocalypse does not presently have a trailer released, one still has reason to look forward to the new series. Created by Gregg Araki, known for his contributions to New Queer Cinema, and executively produced by Steven Soderbergh and his protégé Gregory Jacobs, Now Apocalypse has no shortage of talent involved. And fans of indie film should rejoice in the series’ focus on dating, living in LA, conspiracies, and perhaps a little too much pot to go around. The series looks to have some thematic overlap with the ever-delayed Under the Silver Lake, also released (or will it be??) this spring, although audiences can likely expect less surrealism. Now Apocalypse stars Avan Jogia of Twisted as the lead of the series and will consist of half-hour episodes. 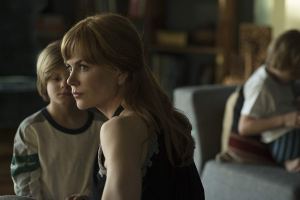 Because of an overwhelmingly successful season, Big Little Lies received a season renewal despite being originally billed as a miniseries. And with the addition of Meryl Streep to an already stacked ensemble of Reese Witherspoon, Nicole Kidman, and Shailene Woodley, Big Little Lies will no doubt catapult to the top of many TV viewers’ attention. This new batch of seven episodes will be directed by Andrea Arnold (season one was directed by Jean-Marc Vallée) and looks to continue to explore the themes of trust, friendship, marriage, and parenting developed in the debut season. But with the circumstances surrounding Alexander Skarsgård’s character at the conclusion of season one and Streep playing his character’s mother, Big Little Lies steps into new territory, outside of which established by the Liane Moriarty novel. 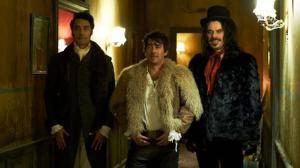 Taika Waititi’s vampire satire What We Do in the Shadows is being adapted to television for FX. Ten episodes are expected to be written by Jemaine Clement and directed by Taika Waititi, the duo that wrote and directed the original film. Rather than focus on the four characters introduced by the film, the television show follows three roommates and is set in New York City. It does not seem likely that Waititi and Clement’s characters will return to the series, but Doug Jones, the Guillermo del Toro favorite, has been cast in a recurring role. What We Do in the Shadows looks to have much the same humor that the original did and has actually been confirmed to be part of the same universe.